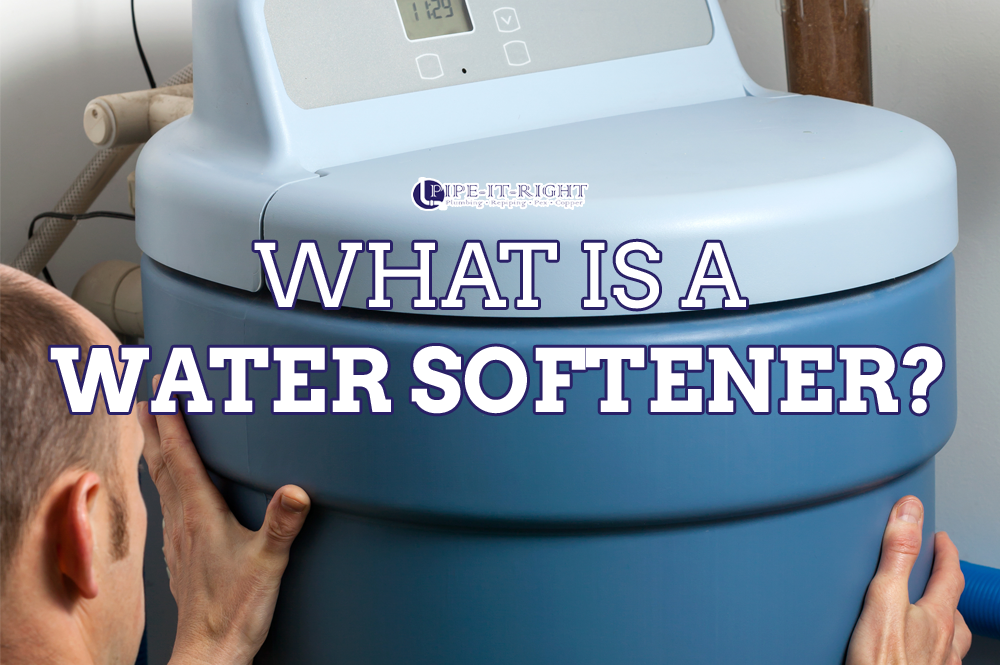 08 Feb Soft water vs. hard water: All you need to know about water softeners

Posted at 10:00h in Water Softeners by Pipe It Right 0 Comments
0 Likes

Thank goodness water softeners exist. One of the most common problems a homeowner encounters is the water quality. Not only does hard water destroy home appliances, but it also leaves scum around the kitchen and could leave people’s skins feeling dried out. That’s no good.

If you use a water softener, you’re essentially cleaning the toxic elements from hard water and turning them into softened water. This filter system basically removes magnesium and a high amount of calcium through the ion exchange process. We know that sounds science-y, but it’s less complicated than it sounds.

HOW IT’S DONE: When water flows through the water softener’s pipes, it filters out the hard minerals that can damage your home’s piping.

While a water softener increases the effectiveness and life span of your home appliances, and is healthy for you and your home’s pipes, let’s learn a bit more about hard water to get a better understanding of its “good” twin.

What is Water Hardness?

Hard water contains many harmful minerals — namely calcium magnesium — which bond with other metals due to their chemical structure. Over time, these bonds create a buildup that looks something like crust on taps and shower heads.

Signs that you have hard water:

The sheer amount of energy and time required to reorganize the mess is dizzying. If you’re experiencing any of the above, it’s time to check the taps.

One of the most common and effective ways to know for sure if this is the case is to get a professional hard water test. After, a whole house softener is the solution to scourge water hardness.

Components of a Water Softener:

Typically, a water softener is made up of three components:

The mineral tank is the main chamber that softens the hard water. The water pipe supplies hard water into the tank, seeping through the resin beads and deposits water hardening minerals, including magnesium ions and calcium. Once cleaned, the water then exits the pipes and flows to household appliances.

The control valve keeps track of the volume of water that enters the mineral tank. It usually sits on top of the resin tank, which is the brain of the water softener.

The head valve operates the entire system while putting through various cycles and controlling the water flow.

Regardless of their form, water head valves prevent water pressure and movement. It checks the indications given by flow and responds to them.

The brine tank is just as the name suggests: a plastic tank that stores salt and potassium and aids the water softener in regeneration. This brine solution flushes the mineral tank to recharge it. You can read more about this here.

In Summary:
An estimate suggests over 85 percent of homeowners in the U.S. rely on hard water to clean, bath, and do other home chores. But while this seems like a “normal” way of life due to the high statistic, it’s still doesn’t take away from the long-term negative effects hard water could wreak on the home and the homeowner.

Utilizing a water softener could help more than you realize. A water softener is cost-effective, which saves you from replacing prematurely damaged water heaters or flaky faucet heads that require double water to get cleaned. Investing in a water softener will save your energy and money while protecting your property.

Sorry, the comment form is closed at this time.